Elizabeth Echevarria is the founder and CEO of Living in Liberty, a Pittsburgh based nonprofit focused on providing services for victims and survivors of sex trafficking in the Western Pennsylvania area. Here first exposure to sex trafficking was in the streets of Belgium where she worked with Breaking Chains while on a short term missions trip. She has worked in the non-profit world for over 20 years overseeing the human resource and financial management aspects of the various organizations.

Elizabeth has an MS in Industrial and Labor Relations and has been certified through the Society for Human Resource Management as a Senior Professional in Human Resources (SPHR) for more than 17 years. She completed ministry school at the Northeast Ministry School at Allison Park Church in June of 2010. She has been involved with ministry to women in some capacity for over 12 years and has always had a passion for helping underserved and underprivileged women or those going through a challenging time. She recently learned that she is 2018 Recipient of the Women of Courage award for her work with Living in Liberty. 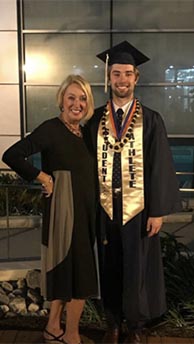 Marilyn Mulvihill has had a long career in education, real estate development and nonprofits. Starting out as a first grade teacher in the public schools, she developed a program for children with dyslexia that was the first in her state. After the birth of her first child, she became involved with the family’s real estate business eventually becoming the Director of Training and Marketing for National Development, a multi state operation.

When called to ministry, Marilyn worked for Youth Guidance in several capacities from mentoring supervisor to developing after school programs for inner city children. Marilyn’s last professional experience was as Director of Development at World Vision. There she raised in excess of $10,000,000 for the poorest of the poor throughout the globe. And was able to travel to many third world countries with her donors.

Marilyn and her husband, Gary Gladowski, have three children, five grandchildren and a feisty Goldendoodle. They reside in Sewickley and are snow birds in the winter months.

Kelly Bender is a wife, mother, and entrepreneur. She and her husband, along with their six children own a tax and accounting firm and a small sustainable family farm. She is passionate about being invested in the local community, finding tangible opportunities to help people where they are, and remains grounded by her faith and family. Her experience in small business organizations allows her to provide real world financial expertise in the operations of Living in Liberty. By her service, she hopes to make an impact to some of our most vulnerable individuals, and give them opportunities for true freedom. 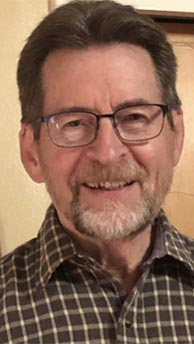 The Rev. Bruce H. Schlenke is a retired Presbyterian minister. He is an active member of Pittsburgh Presbytery and has served churches in Akron, Ohio and in Greenville and Wexford, PA. Bruce’s wife of 38 years, Libby, is a retired elementary music teacher. They are parents of two grown sons, both public school teachers, and grandparents to two pre-school age young ladies.

Bruce is a die-hard Pittsburgher who loves the city’s streets, hillsides, sports teams, and capacity for invention and the arts. Even more, he deeply values the network of ministries that have been engendered in and faithfully serve our region.

Bonnie Nichols is known as the Mother Teresa of Pittsburgh from a Pittsburgh Post Gazette and has been working with Living in Liberty since 2013. With her roots in rural Pennsylvania, Bonnie comes to the streets of Pittsburgh by way of India. It was in India on a short term mission trip that she first confronted human trafficking first hand in a red light district and had her conception of the world turned upside down. When the reality that this happens in Pittsburgh became her reality, she drove to New City Fellowship in St. Louis to see what her denomination was doing about commercial sexual exploitation. After spending several days there, she continued learning with them through online trainings and classes. Married for fifty years, mother of five, one of whom is adopted and comes out of a traumatic childhood, and grandmother of twelve, she takes a nurturing spirit to the streets to help build loving community for women engaged in prostitution. 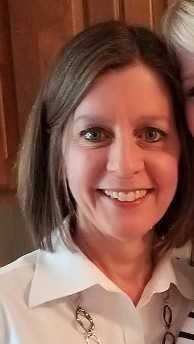 Combining her desire to see women rescued from sex-trafficking and her ability with numbers, Barb Clelland serves as the Finance Team Leader for Living In Liberty. Barb is a graduate of West Virginia University with a Bachelor of Science in Business and is employed with a tax accounting firm. Barb and her husband, Bryan, have been married for 35 years, have two children and three adorable granddaughters.

Sherrill Rudy is a retired Pediatric Nurse Practitioner with a passion for anti-trafficking efforts. Her first exposure to trafficking was a short term mission trip to Belgium working with an anti-trafficking organization called Breaking Chains. She saw first hand the effects of sex trafficking on the women in Belgium. She has a great passion for teaching and educating and uses it for Living in Liberty to effectively create presentations to raise awareness and teach youth how to protect themselves from being trafficked. She is looked to as a women’s leader in her church at Allison Park Church. 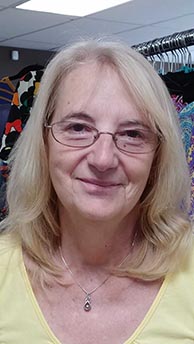 Karen is a respected Women’s leader in her church at Allison Park. She is retired from a 30 year career in Retail Management. Her first exposure to trafficking was a short term missions trip to India working with the Daughters project. She saw the effects of young women trafficked in the streets of India. She oversees the daily operations of the two store Repurposed stores. She also is the leader of the outreach team in the South Side and has a great desire to see women set free from a life of commercial sexual exploitation. 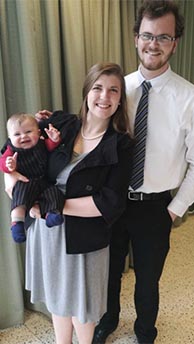 Raised overseas in an impoverished, rural area, Amy grew up with a vision to serve and care for the needs of the vulnerable. Ever since learning about the realities of human trafficking in high school, Amy has sought for opportunities to use her gifts and skills in service to survivors of this injustice. She studied Entrepreneurship at Grove City College in pursuit of that goal, and hopes to one day use her business background to provide sustainable solutions for those exiting situations of trafficking and abuse. Amy joined Living in Liberty in the summer of 2017, and serves in an administrative capacity, helping to onboard and train new volunteers. She lives in Grove City, PA with her husband, Andrew, and their son, Simeon. She loves playing music, singing, cooking, and engaging her artistic sensibilities. 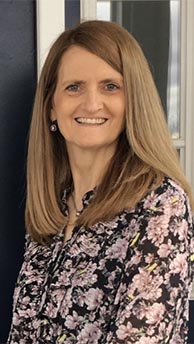 I am married 37 years to an amazing husband and have two adult children and five grandchildren with one on the way! I have been involved with helping women for over 20 years but really started to be interested in human trafficking about 6 years ago when someone came to our church and talked about it! The presentation honestly caught me by surprise and I was just capture by the fact that this was even something that was going on. The nonprofit was from Belgium so in the last five years I have been there 3 times and the last time I was there for 30 days just in September of 2018 as an intern because I just wanted to learn as much as I could! I read many books to educate myself and continue to make that an ongoing process! While I was in Belgium, I had prayed and asked God why am I here in Europe and not doing anything back in the states? I had already been one of the Managers at the Repurposed Thrift Store that helps fund Living in Liberty for about a year! When I got back Elizabeth asked me if I would like to be the resident manager of the safe house and I absolutely accepted without a doubt! So now that is what I am doing! I was able to go to a meeting in Kentucky where everyone there was involved in Human Trafficking and it opened my eyes to the fact how prevalent and how widespread trafficking really is but there are so many people going out in the trenches and really making a difference in the lives of those who have no voice! It solidified my decision to continue to be part of Living In Liberty!